Indonesia has ranked E for animal protection index, the country score has worsened since 2014 (API, 2020), even though Indonesian animal welfare law has many positive aspects. Law 18 of 2009 on Husbandry and Animal Health is the main piece of animal welfare legislation.  Many features of Law 18 of 2009 are supported by regulations or work alongside other legislative acts governing different industries and animal species, such as Regulation 95 of 2012 Concerning Public Health and Animal Welfare, and Act 5 of 1990 on the Conservation of Biological Resources and their Ecosystems. Many sections of Indonesian animal welfare legislation are aligned to the Five Freedoms, or other recognized international standards, such as the OIE’s animal welfare standards. This is particularly prevalent in legislation regarding livestock. Similarly, Indonesia’s dedicated Wildlife Crime Unit and biannual animal welfare meetings are to be commended.

The Indonesian Government has made limited efforts to improve animal welfare since the API was first published in 2014, law 18 of 2009 does not include any enforcement mechanisms and, due to delegated authority to regional or provincial governments, reports suggest enforcement of breaches to any animal welfare law is sporadic. Other areas of concern include the prevalence of dog fighting in the country, the dog and cat meat industry, and the private keeping of wild animals as pets, such as: birds, macaques, orangutans etc. Finally, much of Indonesian animal welfare legislation is motivated by concerns regarding the livestock industry and public health, rather than the suffering of animals more generally, as stated on the Universal Declaration of Animal Welfare (UDAW).

Statement regarding the COVID-19 Pandemic: With the current situation surrounding the global pandemic COVID-19, CENTRAS diligently follows the instructions received from appropriate government agencies of Indonesia.
Keep your respect to the animals, we can live healthy together 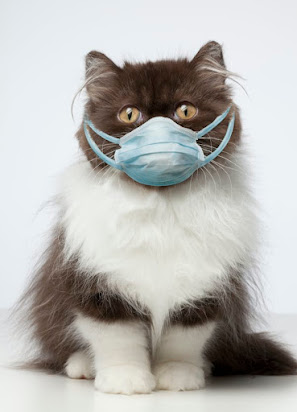